Harbour of Hope in South Africa

After successful festival screenings in France, Armenia and UK during Fall 2013, Harbour of Hope continues to reach an international audience in 2014. First screenings in USA and Australia and now we look forward to honour Harbour of Hope hero Irene Krausz-Fainman with three screenings in South Africa, her home country. The details for the screenings are:
May 29, 2014. Johannesburg, South Africa. Ditsong National Museum of Military History in Johannesburg, Gauteng
June 1, 2014. Durban Holocaust Centre in Durban, KwaZulu-Natal.
June 2, 2014. Cape Town Holocaust Centre in Cape Town, Western Cape.

Irene Krausz-Fainman, who is portrayed in the film, will be present for all screenings together with Director Magnus Gertten.

At our Facebook page you can get further details about the screenings: https://www.facebook.com/HarbourOfHope/events 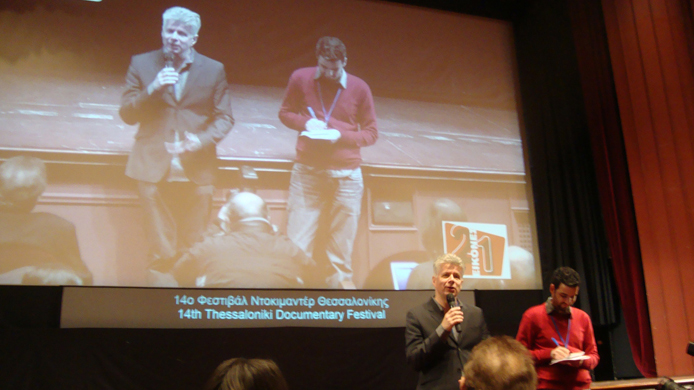 Harbour of Hope has already screened in Swedish cinemas and at a number of international film festivals. Here you can see a list with all previous screenings.

Here you can see a selection of pictures from the screenings.

If you would like to organise a screening of Harbour of Hope please see the contact details here.